Good morning.  (It's not really, but I'll explain.)  Late afternoon yesterday, (Monday)  I took a nap.  It must have been a good one because I woke up at six o'clock this morning.  I made my coffee and had my breakfast and was watching TV when I realized that for some strange reason, the sky outside was quite dark.  It was now 8 a.m.

Thinking that we might have a storm brewing, I went to look outside.  Yup, it was dark.  This is so strange.  Plus, Joe's truck was still in the driveway.  He usually leaves for work around six a.m.  The first thing I did was to call him on the phone to see if he was staying home because he was not feeling so good.  I also asked him if he knew of any storm headed this way that might explain why it was still so dark outside.

He wondered what was wrong with me.  He was watching a bit of TV before going to bed.  Of course it was dark outside.  It always is at night.  He explained that it was Monday night, not Tuesday morning.  Oh wow!  It was eight o'clock in the evening, not the morning.  Did I feel dumb?  You betcha!

Okay, so it's really good evening.  I will finish this post for tomorrow and then think of what I might have for breakfast in the morning.  I'm not sure what I was planning on having for my supper tonight, but I can probably have it for breakfast.  Hmmm, sounds like a plan.

My daughter Audrey just called me and gave me some great advice. (after laughing herself right off her chair!) If this happens again, don't call anyone.  Just look on the front of my cell phone.  It will give me the correct date and time.  Now why didn't I think of that?

I borrowed an image from the web to share here.  I think it's a fantastic idea for someone  who gets a lot of rain.  It carries the water away from your house and it looks great!  Like a little stream running through your yard. 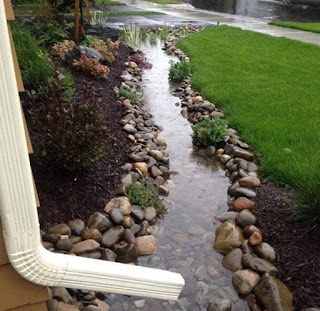 I also borrowed this image from the web to share.  What an awesome experience this must have been!! 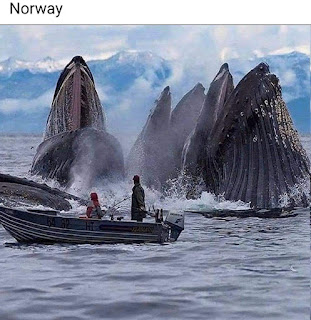 Now I'm going to watch some TV.  So, till next time, Y'all stay safe and have a fantabulous day.

That's funny! My mom used to get confused when she took naps, too. I came over to her house once in the evening and she was making coffee. I couldn't for the life of me figure out why until I realized she thought it was morning, not evening.

Oh My God Edna! That's a good story, and your nap still ust have been a good one, as you felt after it like having slept a whole night. But...... you woke up at the same day you took the nap. Giggle, Giggle..........
Yeah I bet you must have felt yourself kind of small Dumbo. Stll, it's a good story and you made me laugh .
Sometimes I don;t know exactly what day it is, more the date of it and then it is a good thing we have on our tv an electronic programme guide and on top there always is the day and date. Very handy, and of course you have it on your cell phone.
The mind can play funny tricks with us at times.

Have a wonderful day, hope you still will sleep sound and safe today, hahaha
Hugs
Kyra

Your not by your self getting mixed up. I just don't tell all the crazy things I do. Family would probably have me committed.

My gosh I wish I could nap like that.. I've been dealing with menopause and sleep for me has become a distant memory... I walk around tired all the time now because I don't sleep at night or in the day.. Thanks for the giggle :)

Oh Edna, ha! That has never happened to me and I hope it never does because it would be so confusing to me to get back on track for the day/night. You now have another funny story to tell and I bet Joe got a good laugh out of it too. I hope you were still able to get a good night's sleep after all that:)