Happy Fourth of July everyone. I woke up, very late I must say, to a most glorious day outside here. The sun is shining brightly and it is toasty warm. HEAR THAT, TOMATOES!!! Get with the game plan, and straigten out and grow some tomatoes!!!

The second topsy turvy plant has finally sprouted some teeny weeny little tomatoes, but neither plant is growing in length. Where did we go wrong? The ones on TV and in the ads were two or three feet long with so many huge tomatoes you could feed the neighborhood. Right now ours probably couldn't sustain a small army of three mice. And Uncle Moo feeds them once a month too! I wonder what happened to the green thumb I used to have.

Crooknees, as for my dust bunnies, we have a marvelous agreement. We respect each other's space. You don't bother me and I won't bother you. Unless of course, company is coming. Then I might have to kill off some of the bigger ones.

Now for the award from yesterday. I have met quite a lot of wonderful people since I started my blog, and I have to say that most of them are a fantastic group of people. I would have put Snow Raven and Kyra right up at the top of my list, but they already have this award. This award is for all the Help, Gratitude, Respect, Solidarity, Affection, Love, Friendship and Imagination. And I have received so much from some very special people. I would also add

I have some things to do now before getting ready for work, but I do have a nice Fourth of July QP for you. I hope you like it. Y'all have a fantastic day. 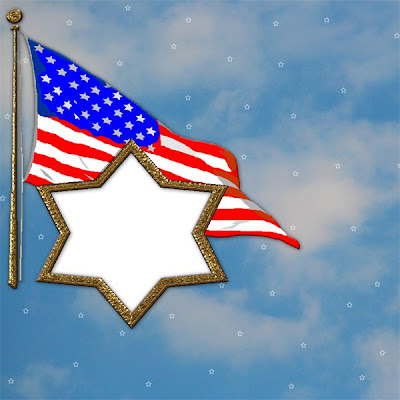 Thank you so much for this Freebie. I want to let you know that I posted a link to your blog in Creative Busy Hands Scrapbook Freebies Search List, under the Fourth of July - Red, White, and Blue post on Jul. 05, 2009. Thanks again.

Thank you Edna for the beautiful QP and I love the 6 pointed star of David.I wear one around my neck with a emarald in it a gift from my husband. I have several but that one is my favorite.
The QP I can use for my Westies anytime I feel patriotic.
Thanks so much.

Thank you for the lovely award, Edna!!