The Oxygen Is All Set Again

Good morning.  Today will be warmer with lots of sunshine.  I see a lot of porch time coming up.  First, though, I have a couple phone calls to make.

Yesterday, the fellow from the oxygen supply company finally showed up at seven o'clock last evening.  And when he pulled into my yard, he blocked the whole driveway.  I asked him to move his truck up a bit so as not to block my driveway and he was not happy with me.  He did, however, finally move his truck.

The problem with the machine turned out to be the new cannula that I had recently purchased.  It was super soft and kept getting twisted.  This in turn was cutting off the oxygen.  While the fellow was here, he changed the filter in my machine.  I had never seen this done before and told him so.  He insisted that they had been doing it every year.

He gave me a couple new cannulas and was on his way. However, when I went to attach the new cannula (which is in two pieces)  to the machine, there was no connector piece to hold the two pieces together.  So what else is new?

I was going online to order some connector pieces from Amazon when I thought to look in some stuff that I had brought back with me from Florida last year.  Lucky me, there were two connector pieces.  These had been given to me by the oxygen supply fellow in Kissimmee while I was there on vacation.  I wonder if that man realized what a super gift he had given me.

So, now my machine is all set up and I'm doing much better.  Today I will call my insurance company to let them know the type of maintenance they (and me) are paying for.  I think when a person is reliant on oxygen, the maintenance company should pay better attention to how they maintain the equipment.

Enough of my crabbies.  I've been looking around for quite a while for a certain color yarn and I finally found some that was similar this morning and I ordered it.  Nope, I don't need it.  But I can make something really pretty with it.

Meanwhile, I'm working on the Luffa and the Raspberry pocket wraps.  Now I'm thinking that I might want to make one in brown tones for a man.  Yes, folks.  Even the older gents enjoy having something to put around their shoulders and back when they are watching TV on a cool evening.  And I think a wrap in medium brown will be very handsome. 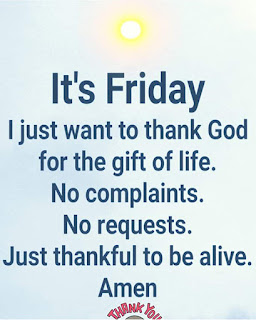 I borrowed this image from the web.  It's a great way to start the day, being thankful to be here.  And now I'm off to do some blog reading before heading out to the porch.  So, till Sunday, Y'all be safe and have a fantabulous day.

Happy that your oxygen is working again. And good you had those connectors lying around.

Brown tones can be very nice, they already have a warm feeling somehow. And yes, a man also needs at times something warm around the shoulder.

Today in the morning it wasn;t good enough to drink the coffee outside, may be tomorrow, who knows.
Now enjoy as much as you can time on the porch(with all the beautiful plants there)
Have a fantastic day,
Hug
Kyra

Hi Edna
So glad you got your oxygen all settled.. This guy didn't seem very pleasant. I don't know whats wrong with people these days.. it doesn't cost a thing to be nice and helpful to others even if you're having a bad day.. I hope next time you get someone who has a bit more respect and compassion.

So glad that you've got the oxygen issue resolved and hope it stays that way for a long time. Love the quote! No complaints and no requests, just grateful for the beautiful day we have today. Take care!

Hi Edna, I can't wait to see the Raspberry pocket wrap. I loved that color when you showed it.