Do You Read Your Doggie Bedtime Stories?

Good morning.  The sun is shining and the temperature is 37 F degrees.  My weather app says we should see temps in the high forties this afternoon.  That would be nice.  It would be even nicer if tomorrow was going to be a speck warmer too because I'm going out tomorrow evening.  Alas, it won't be so.

Tomorrow evening, I'm going to the Paris Cabaret with my daughter Deanne and my great granddaughter Lilah.  We're going to see Jazzy and the other Starliners perform the Disney Magic Show. 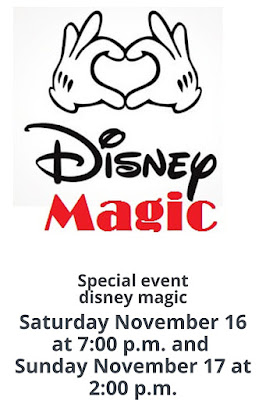 Today I really should do some laundry.  Every day I say I'm going to do it, but so far I've been able to talk myself out of doing it.  However, the laundry basket is almost to the overflowing point.  That settles it!  I'll be right back......

One load in the washer, and two more loads to go ---towels and doggie blankets.  In between loads of laundry, I'll finish working on my new calendar.  It's almost ready to be sent to the printer.  After that, I'll work on my Christmas card.  I would like to have both of these items finished and back from the printer before the end of this month.

Last night I had planned to watch some Dean Martin Celebrity Roasts.  However, I fell asleep early instead.  I'm thinking that I might pick another book from my bookshelf to read tonight.  As I look at the bookshelf nearest to me, I realize what an eclectic look it has.  There are novels from my favorite authors, books about birds, Tarot, gardening, science, dreams, household hints and tips, holidays, software programs, herbs, genealogy, Bedtime Stories for Dogs, Cookbook for Children, probate, New England Folklore, and a Bible.  And that's just one of my bookshelves.

In "Bedtime Stories For Dogs" there are stories and nursery rhymes.  The stories include:  The Three Little Pugs, Hans and Greta, Jackie and the Beanpole, Goldilocks and the The Three Cats, Red - Riding to the Dog Show, Snow White and the Seven Chihuahuas, CinderDane, and Princess and Peabody.

The nursery rhymes include:  Peter Peter, Little Miss Muffin, Jack and Jill, Humpty Dumpty, Three Small Dogs, Hickory Dickory Dog, and Angel Dogs.  Would you like a sample of one of the rhymes?

I think I should take my leave now and do a bit of blog reading.  So, till Sunday, Y'all have a fantabulous weekend.

Too cute... The only one I have read lately is the Gingham Dog and Calico Cat to Foxy warning her that she and the cat might be in Peril of eating each other up if SHE doesn't stop trying to attack the poor cat!She is terrible.

Oh and answer to your question we have been bringing Oliver inside at night. He is such a great dog but he doesn't like being indoors. During the cold nights however we have been turning the heater on in the garage and other than a couple of nights he prefers it out in the garage.

I am so happy that Lilah is going to join you tonight. I hope that you all have a blast!
Hugs to you and Pogo... Lots of love and cuddles and hugs. xxxxx

A Brit in Tennessee said...

Sounds like you have a lovely evening planned tomorrow ...enjoy !
Keeping my fingers crossed it will warm up a little more, it makes for nights on the town much more pleasant😁
Hugs,
Jo

I've been out shopping for Thanksgiving dinner and when that time come, everything I need will be in the freezer and the pantry This is bargain week. There's lots of grocery stores here that have nice sales and I think I made every one of them. My freezers and pantry is over stocked. I bought my son and his lady friend a turkey and myself. They weren't more than $5.00 each. So I've been very lucky because when Thanksgiving get here all the shelves will be cleaned out.

I've never read my fur babies stories. I always sit in with them and watch television and hug them. They like the cuddling. I hope you and Pogo have a beautiful and healthy day.

I do wish you a wonderful night out Saturday. Those are cute titles for the doggie stories! I picked up a couple of thrift store books this week to read this weekend. All the best to you and Pogo!

I've never read to my dog, I must admit. Maybe I should try it? Fortunately she seems to fall asleep readily without any nursery rhymes!

Of course you have right to lazy days now! I am having them also at times(and I am younger than you). I have to take care that i dont take too many lazy days, because there are always things to do, as you know as much as I do LOL.
Hmmm, blankets, I have something too with fluffy blankets, really, but I can holad myself back when I see another great one. I have already a few of them and you can only use one at a time, isn;t it?(or two, because Jan uses one to for his little naps). But it is sometimes hard to pass those things in a shop and not taking them!
It's the same with Christmas decorations, so tempting every year!
Hope you have a fantastic night out with Deanne and Lilah at the cabaret.
I have at the bookshelves also very different kind of books. And I always loved reading, but now I cannot do it for longer time, don;t know why, but after some time my eyes just want to close and I have to put the aside. I remember I used to be able to read for hours.
Probably has to do with aging too, who knows.
I am very, very late today, so I have to finish now and put something on my blog. I might have time enough before dinner. Yes, I am THAT late.
Have a wonderful day and week ahead. Take care, you hear!
Hugs
Kyra