Something Needs To Be Done About Drug Prices For Seniors

Good morning.  Tis a bit cooler today.  Only about 50F and rainy.   Ahh, but the last two days sure were lovely.  The next few days are supposed to a bit cooler, with more rain tomorrow.

Well, yesterday our plans got changed again.  So what else is new?  Pogo and I were planning on picking up lunch and visiting a friend.  However, when I called the friend, she was not having a very good day with her breathing.  So, I spent the next couple of hours on the phone chatting with her.

It seems that she only buys some of her meds because that is all she can afford.  In turn, that means that she cannot breathe as good as she could if she had all of her meds.  This really irks me.  It's what the government and the insurance companies are doing to us older folks.  Price our meds out of reach, and hopefully we will all just die off quietly.

Unfortunately, our breathing meds are very expensive.  Instead of the government sending billions of dollars to other countries, they should be taking care of their own citizens first.  Notice, I said "citizens" !!!  We are the people who have always paid our taxes to keep this country going.  We're still paying taxes, but somehow we're not so important anymore.  It's sort of like the government is saying:  "Just pay your taxes until you slip quietly and quickly into oblivion."

Does it sound like I'm angry?  You're darn right I am!!  Will the government ever learn to appreciate and be fair to it's senior citizens?

On to a brighter note, I did promise Pogo some takeout lunch from Burger King yesterday, so later in the afternoon, I took him for a ride to pick up his favorite, a double hamburger - plain with no pickles and condiments.  This was for his supper and his late night snack.

Yesterday's mail brought my order of Christmas cards.  Oh my, they look so nice, and I couldn't wait to start addressing some of the envelopes.  I figure if I do a few every day, they'll all be done in no time at all.

Last night I worked for a while on the lavender afghan.  I finished the green one a couple of days ago.  Gosh this one is really pretty. 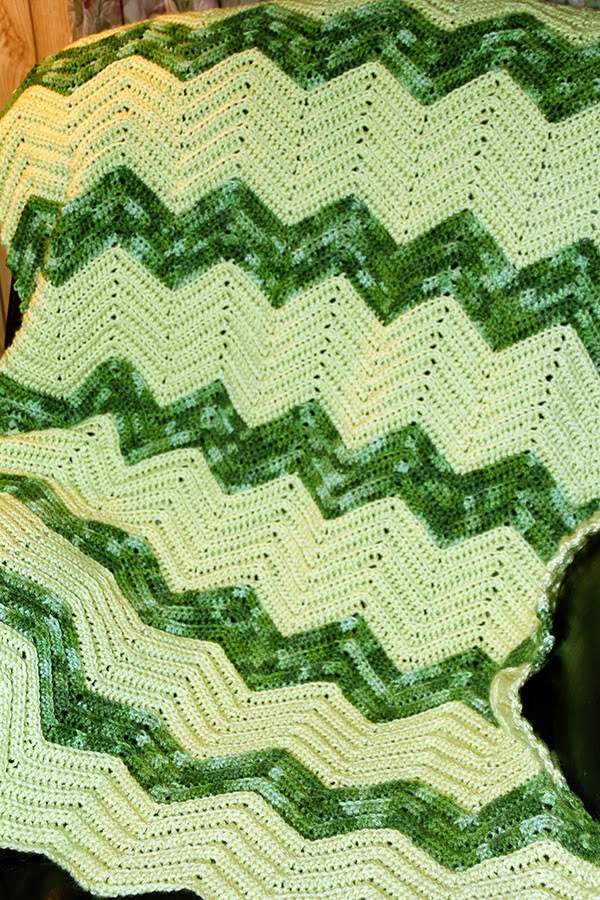 DIL Janet hasn't been by lately because both her sister and sister in law have been having health problems that required surgery.  So, she has been spending time with them.  Unless things change, she will be by later today and spend the evening visiting with us.  Hmmm, I think I'll make her favorite for supper.  Baked macaroni and cheese.  Oh yum yum!!

That's my news for this morning, so on that happy note, I'll take my leave.  Tomorrow's post may be a bit late because I have to take my car in for a seasonal check-up.  So, till tomorrow, Y'all have a fabulous day.

So true in reference to the Insurance companies. Cigna sent me a letter stating they will no longer pay for my Celebrex and requested 5 anti-flamatory drugs I need to try. Oh well, I have to say good-bye to Cigna and when I checked the medicare part d website, there are 31 companies who will pay for the Celebrex. Some of the premiums are out of control, but I did find 3 that are ok. I am thinking like you because if I take those drugs I will most likely be dead. I will never let them control my life like that. If it come to push and shove, I will definitely let the medicare premiums go and the doctors to. I will just take what over the counter meds that will help some of the pain. It's a hard decision but I am tired of the Insurance companies trying to dictate to me what medication will be best for me. All the meds they listed was making me have shortage of breath and giving me tinnitus (ringing in the ears). Just say, instead of helping me, they were creating other health problems. Medicare need to end their relationship with those private insurance companies and let us have a choice if we want to choose a private insurance company or just use the part d the way we can choose to keep just the medicare itself other than choosing those medicare advantage plans through private sector insurance companies. End of my story.(lol)

I've been a huge supporter of a single-payer system for healthcare. I wrote a pretty detailed hypothetical plan for my satirical campaign as a write-in candidate for president in 2004. My healthcare proposal has healthcare and drugs available free of extra cost beyond taxes to all Americans with the option to have insurance for things like cosmetic or optional procedures and to be guaranteed the same doctor every time which was not a guarantee in the public system. The thing I believe, and I will always believe it, is that we can't really call ourselves a first world country when we don't have guaranteed healthcare and medication for every citizen.

I’ll keep Janet’s sister and SIL in my good thoughts and prayers. It must be surgery time. In the two days before Thanksgiving my dad will visit to be the driver I can’t be for some outpatient surgery for David and then the next day Aunt Judy will be his ride for an outpatient surgery. We’ll have blessings to be thankful for this year for sure, but no one healthy enough to cook the meal!

Have a wonderful day!!

The green afghan is very soothing looking and so different from some of your wild and bright ones. Do you crochet when you are angry? If so, then I understand how you get those fingers flying so quickly!

I totally agree with you on medicines. It is terrible what they cost and the insurances does not help much. I am blessed to only take two. I know others that take too many in my opinion and spend a fortunate. Our country is in the worst condition than it has been in a long time. I cannot see much chance of it getting any better. Trust you and friends are having a better day. Your afghan looks very pretty.

What a beautiful afghan. You are so fast making them.
I agree about the Rx drugs. So sad for so many. Worries me for when we retire.
I have a friend who's husband is disabled. He has diabetes and a very damaged heat. Some months they have to wait to get his meds til their checks come in.
I saw an elderly man trying to get his meds and the card he used didn't have enough money on it. I think he knew it but had no other way of paying for it. So sad.
I take 2 Nexium a day. My insurance says that exceeds the daily recommended dose. We finally did get approved. Funny how they think they know more than my doctor. Without the 2 a day, I end up in the hospital.
I hope you friend will be okay. HUGS

Great pictures in the restaurant when you were having your birthday dinner.
The green afghan looks so wonderful, great job girl!

Medicins are sometimes really expensive, and here the health care is changing too and definately not for the best.
Government is saying the health careis too expensive and they have to cut down on the budget, which is true at times, but I have the idea they cut down on the wrong things.
They should look into salaries e.g. of directors and managers in health care, or on bonusses people receive for doing whatever.
And they say there isn;t enough money to have more people in home care and such. With results lots of seniors cannot go to a senior home where they are looked after.
And you cannot blame the nurses, they just are overlaoded and with too little numbers.

To end this comment on your posts in a better way I hope you will have some nice weather and perhaps you can go out with Pogo for a moment. and you are already on good track for Christmas time LOL!
I am getting slowly in a bit of Christmas spirit, because I started to make a Christmaskit.
And soon I will have to wrapp some presents and get them ready to sent away!
Happy day
Hug
Kyra